Posts from the ‘Writings’ Category

Last Scene of All, That Ends This Strange, Eventful History

Every year, I reserve a date close to Wm. Shakespeare’s birthday to do a devotional prior to our day’s work in the State House. This year, I was planning on tying the prescience of Shakespeare and the demise of net neutrality — a big stretch, for sure, but it seemed workable in February. Instead, current family events resonated more deeply with the famous words of Jaques in “As You Like It.”

I have spent a lot of time over the past year in places that have, believe it or not, a higher average age per resident than the Vermont State House.

They have us beat.

I was there with my mother. My mother is diminishing before my eyes, and the eyes of all five of her children.

I have a photo of her from two years ago, when she was merely forgetful, or in the throes of chemo brain, after treatment for colon cancer, and she is pretty vibrant. She’s standing with my brother Paul, and they are smiling, two peas in a pod.

I have another photo of my mother taken during her most recent hospital stay, when she was recovering from a fall, and from pneumonia, and from a UTI, and from the flu. She is not vibrant in this photo — she is clearly tired, ill, and somewhat empty, a preview of the weeks and months to come, as the Alzheimer’s takes her away from herself.  END_OF_DOCUMENT_TOKEN_TO_BE_REPLACED 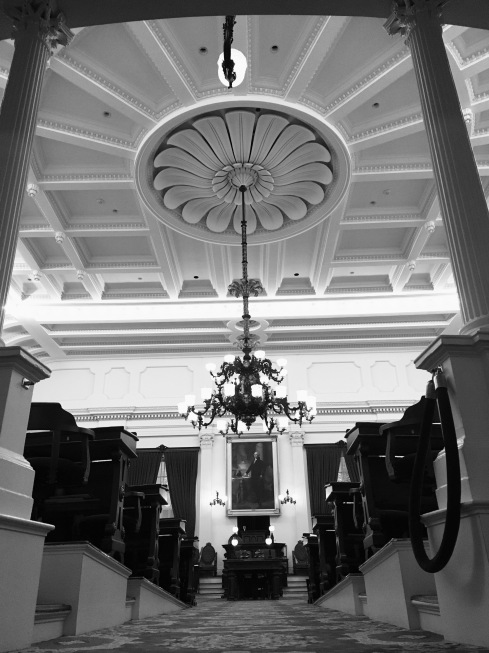 When is $26 Million not $26 Million? When it is considered to be real savings by the Governor when they trash long-standing collective bargaining agreements for our teachers, principals and support staff. It sounds sexy — who wouldn’t want to find a $26 million present under their Christmas tree? — but like so many of his proposals this year, once you take off the wrapping paper, there’s nothing inside.

Earlier in the year, the House of Representatives unanimously passed a bill that achieved one of Governor Scott’s prized notions — it was balanced without raising taxes or fees. By choosing to present a budget this way, the House acknowledged that our economy, while stronger than most, has plateaued. And with the unknown of fate federal money, it is a budget that proposed little or no new spending, or spending that was offset by cuts elsewhere. What the House did not do was to approve of certain initiatives proposed by the governer that were attractive, but would have required a substantial increase in your property taxes. Flatlining a budget is, due to inflation, essentially cutting the budget by 2% or so, but the House chose to live with the reduction of certain services in order to make it work.

The Senate, on the other hand, has other thoughts about how our resources should be spent, and have proposed paying for some initiatives with the property tax. Again, the House does not support raising revenues through the property tax that should be raised through the General Fund, where everyone contributes.

And most recently, the Governor has promised to veto the budget if it doesn’t include changes to the teachers’ health insurance program, as well as ending the teachers’ right to strike over this benefit. (see p. 2540) While the Governor stated his desire to change the way teachers receive a locally bargained benefit, his administration did not make a proposal until the closing days of the session. Worse, this proposal was concocted in the shadows in conjunction with the Vermont School Board Association without the input from the teachers or their union. This is unconscionable. The rallying cry of many individual groups applies here, as well: Nothing about me without me. END_OF_DOCUMENT_TOKEN_TO_BE_REPLACED

No, this is not a post on guns…that will be another day. This is about cannabis. I’ve received a flurry of emails asking me to vote “yes” or “no” on H.170, a bill that proposes to legalize a Vermont citizen’s ability to carry an ounce of marijuana and to have two mature plants and four immature plants in their residence or on their property.

I will be voting “yes” on this bill. Here’s why:

It is long past time, in my opinion, to end the prohibition on the possession of marijuana, and will be soon on the manufacturing, sale and regulation of marijuana or, more precisely, cannabis. H.170 is a small step in that direction.

The United States and the State of Vermont have ended prohibition on the manufacture and sale of alcohol and have legalized the sale of lottery tickets and games. We have never banned or regulated “minor” games of chance, like bingo or break open tickets, even if we assume the time and money spent on those games can add up to an “addiction.”

We have also seen a deadly increase in the marketing, sale and use of prescription opioids, and as a backlash to the expense of those drugs, the increased use of heroin. These narcotics are so addictive that, some reports show, one can get hooked within a week of use. Packets of heroin, as we’ve seen recently in the press, are sometimes used as a salary replacement to allegedly “functional” addicts. Heroin is also “cut”, or diluted, with chemicals that have enhanced its strength, or not cut enough, both of which can lead to fatal overdoses. END_OF_DOCUMENT_TOKEN_TO_BE_REPLACED