I Will Gladly Pay You Tuesday 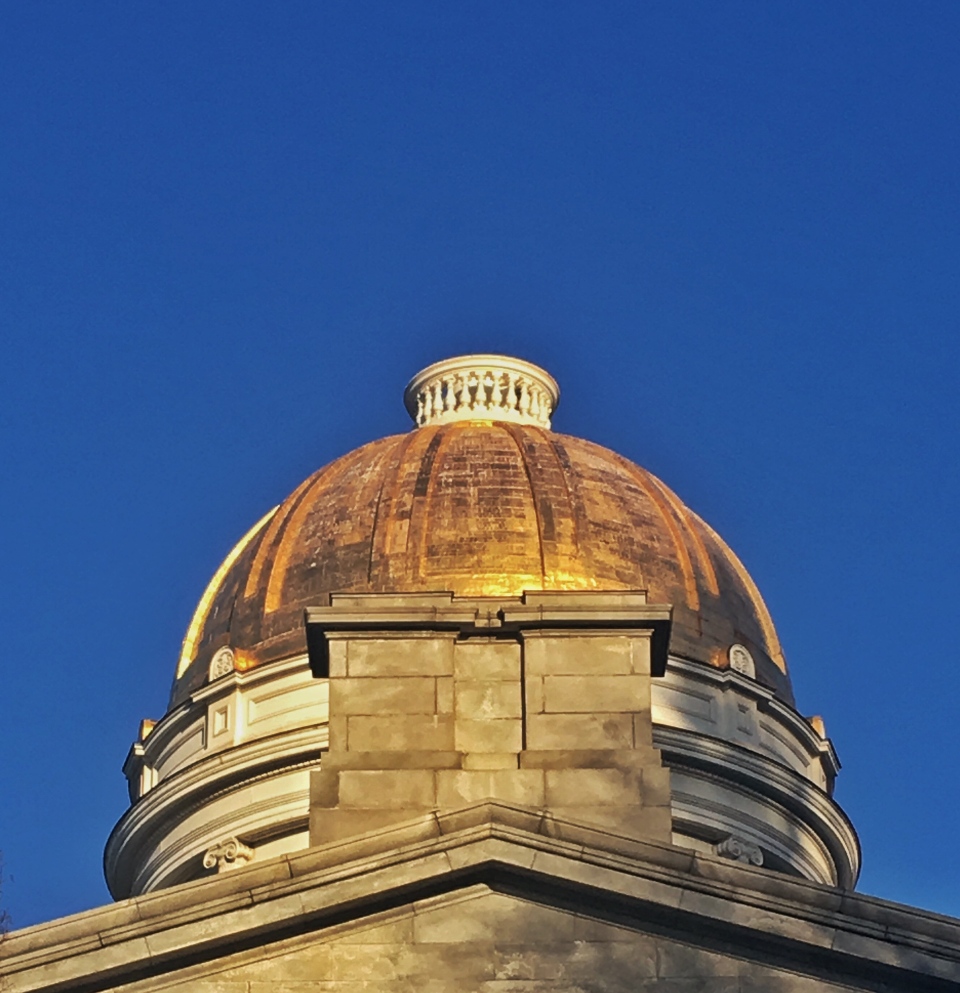 It has been just over a month since the Legislature gavelled out of session. If you’ve been following the news, you would know that the Governor vetoed the budget bill (along with a large handful of other bills) and called us back into session. And so while it is the time of year we would provide you with a larger, more comprehensive review of the work we accomplished this year (and we did), an update of what has been happening during the special session is in order.

First, despite it sounding like we are in Montpelier in a day-to-day battle with the Scott Administration over property tax rates, we are rarely there. The House has met just twice since the special session was convened and the Senate just one day. The tax and appropriations committees have met several more times than that.

During those days, we have met and passed a number of bills that did not get passed in May due to our counterparts in the minority party not suspending rules that traditionally get suspended at the end of a session that would allow these bills to get passed. The rules suspended relate to timing of bills “resting” between votes, and most, if not all of these bills, were in effect vetoed by them through a parliamentary procedure. The special session allowed us to make adjustments to the bills and pass them. Most, if not all, of them are on their way to the Governor for his signature and are not considered controversial.

In fact, the budget as passed should not be considered controversial either. It passed nearly unanimously by the House and Senate. It earned support from the lawmakers of all parties for its ability to meet the needs of Vermonters while holding the growth in state spending to 0.5 percent.

In reality, there is nothing in the budget that Phil Scott opposes.

What you are seeing is a divide over education tax rates. Education spending is not decided by the Legislature. It is decided locally by school district voters on Town Meeting Day. In January, the Governor urged districts to limit their increases and, believe it or not, they did. Rather than the 2.5% increase the Governor felt reasonable, 97% of Vermont’s school districts approved budgets that, combined, increased only 1.8%. And while we expect inflationary increases, this limited increase was a testament to the work put in by our school boards — not the Legislature and not the Governor. These budgets were approved locally, with the knowledge that spending would result in property tax rate increases. The Legislature’s job is to raise that money approved by voters by setting the rate, collecting it and distributing it in an equitable way through property and other taxes.

So why is the Governor vetoing the budget? On one hand, by taking what has been said publicly at face value, the Governor wants to extend his “no new taxes, no new fees” campaign promise to the education property tax and use one-time money to buy down those rates this year and keep them level, especially for second home owners. Sounds good, yes? But let’s look at what this does.

Borrowing money from the General Fund, which is the side of the ledger from where these surplus funds are coming and which have nothing to do with property taxes, will push this year’s education tax rate increase out a year. This means next year’s taxes will increase by the amount borrowed and with interest. The Governor proposes to pay it back over several years with anticipated savings based on policies that the local school boards may or may not implement, such as dictating staff-to-student ratios and tougher penalties for schools that spend above the statewide per pupil average. The Governor has been unable to provide the Legislature with anything more than shadow figures for this payback scheme, and we have rightly defended our own processes for bending the curve on tax increases.

Using this money, called “one-time” money because it was unanticipated and holds no known promise for being replicated on a year-to-year basis, also violates a strong tenet of this Legislature not to use one-time money for on-going costs. This budgeting discipline has been developed on a tri-partisan basis since the Great Recession, and it is something the governor also believed in strongly, once.

What you may not know, on the other hand, is that the demands on the table from the Governor lay the groundwork for a grander plan, which is to dismantle our public school funding mechanisms and support the use of public funds for private schools, even more than we do now. This administration wants nothing more than to have the state control school spending from top to bottom.

With the workload we imposed on school boards to unify and find better ways to provide educational equity to our students, this move to further change the system would be detrimental to our higher cost schools — those in the most rural areas of Vermont, not the cities or larger towns — and proposes to fire thousands of teachers and aides simply to meet a number determined by the administration.

If the Governor’s goal is a Montpelier takeover of our education system, then the governor needs to be upfront about it, and thoughtful debate should take place.

The administration came to the table very late in the session, and made demands that, if merited, should have been negotiated earlier. Since then, the Governor has called for compromise and, like last year, when we have, the goalposts have shifted. For instance, we agreed to use a smaller amount of one-time money to keep the residential property tax rate level (as opposed to the non-residential rate), which provides for a very small, one-time relief, and we’ve lowered our sights on funding our past commitments to retired teachers that would have saved Vermont taxpayers $100 million. And we have passed a second budget that will guarantee no issues with funding government operations after July 1, while leaving aside the disputed surplus to discuss until a resolution is reached.

Still, the Governor has vowed yet another veto, which would be his third veto of a state budget in his two years in office. The administration has not negotiated in good faith. They refuse to compromise. The Legislature remains ready to compromise and discuss other options that will benefit all Vermonters, not just those who pay the nonresidential property tax rate. But compromise is a solution where both sides “give” for the greater good. We’re still waiting.

Finally, what is at stake here is far larger than a few dollars in the pockets of Vermonters. Open one of those sales pitches you receive from credit card companies — you know, the ones that offer you 0% interest for a year or so. If you don’t pay it back on time, the high interest rate kicks in and you owe it for the whole time you’ve had the card. Tempting, yes, but the credit card companies know you better than you know yourself, and they are banking on you taking the short term gain in exchange the long term pain, and that you’ll close your eyes and hope you can pay it off on time. We can take personal responsibility for that for our own finances, but the Legislature cannot do the same. The Legislature would rather use this surplus in the same way you may use a “thirteenth” mortgage payment. Our responsibility is for every Vermonter, and for longer than a few months. The long game demands fiscal conservatism, and that is what the budget in front of the Governor does.

← Poverty is Not Natural
And We’re Off! →